Look, we get it. The world is divided over how they like their sun-dried tomatoes—dehydrated or oil-packed.

Turns out our team is also split down the middle. Senior Editor Eric Kim, for instance, prefers them dry. “I love rehydrating them myself in a broth or pasta,” he tells me, “or just eating them like candy.”

I’m Team Oil all the way. To me, dry-packed tomatoes have a texture too similar to dried fruit. But soaked in oil (and herbs and garlic if you’re fancy), they’re plump little flavor bombs.

Secretly, there’s another reason I’m on Team Oil: I really, really like the oil. Long after I’ve tossed every last sun-dried tomato into an orzo salad or creamy fettuccine, you’ll find the bottle of oil occupying prime real estate in my refrigerator.

I’d like to say it harks back to my mom, with her capacity to transform “waste” into usefulness. No bottle of tomato sauce was recycled before washing it out with wine or cream. No old towel discarded: It would be cut up and turned into kitchen rags.

But the truth is, the lurking potential of the oil only really hit home a couple years ago, midway through my making a zesty, garlicky tomato jam. The recipe called for extra-virgin olive oil, and as I poured some into the blender, the leftover oil in the sun-dried tomato jar caught my eye. I decided to add a splash of that, as well, to zhuzh things up—which it immediately did.

This made me think: If using the oil as an ingredient worked here, where else could I put it to use?

I began by adding it to salad dressings, then progressed to using it to stir-fry veggies. I’ve used it to make my goat cheese omelets sing, stirred it into my hummus, and drizzled it over my soup. The real question here is: What can’t you do with it?

Over time, rethinking by-product waste has turned into a bit of a game for me, which only accelerated when I learned how much food we waste each year. Olive brine? Salad dressing. Aquafaba? Vegan pancakes. Feta brine? Take Ella Quittner’s advice and turn it into the best pasta sauce ever.

Assistant Editor Coral Lee—firmly Team Oil—says the only thing she values more than finding ways to save time in the kitchen is finding undervalued (read: trashed!) ingredients that do the heavy-lifting for her. “When all the tomatoes are gone,” she says, “I plop other things in—like a block of feta or some lackluster olives —and serve it up—oil and all.” 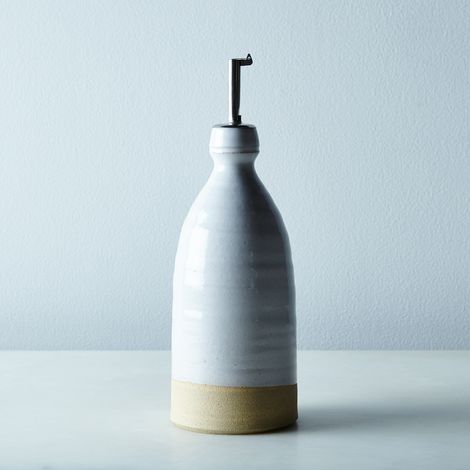 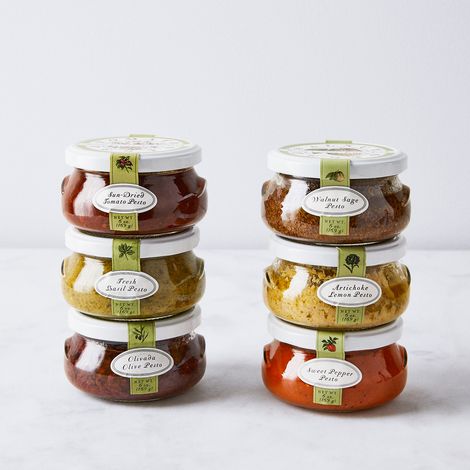 She’s not the only one obsessed with it. Just this week, armed with a few spoonfuls of sun-dried tomato oil, Managing Editor Brinda Ayer riffed on a warm bean salad. How so? “Heat the oil in a cast-iron pan, then fry one sliced shallot, red pepper flakes, and a tablespoon of drained capers,” she offers. “Add one can of drained and rinsed cannellini beans, cook to heat through, then season well with salt.” After the beans are warmed, she dresses it with a splash of red wine vinegar and high-piles it on toast.

For Food Writer and Recipe Developer Emma Laperruque, it’s often the last-mile supercharge a recipe could use. “You can mix it with balsamic vinegar for an instant salad dressing or use it to dress a pasta,” she tells me. She also puts it toward vinaigrettes (“lot of red wine, little balsamic, done”) and open-faced sandwiches like avocado toast. Then adds, “Now that I’m thinking about it, I bet it would be so good in chickpea salad, too.” Tried it, Emma. And highly recommend it.

We independently select these products—if you buy from one of our links, we may earn a commission. Credit: ablokhin/Getty Images There’s a culinary niche of familiar-flavors-repackaged-in-new-fashion...
Read more
Food

Watch the Trailer for ‘Be Our Chef,’ a Cooking Competition for the Disney-Obsessed

A new trailer has dropped for Be Our Chef, the upcoming cooking competition series that will stream exclusively on Disney Plus. The series, which...
Read more

Budget 2020: Measures To Support S’pore SMEs Are Helpful, But Leave Much To Be Desired

In the recent Budget 2020 announcement, Minister Heng Swee Keat announced that the government is setting aside S$5.6 billion to help businesses and households...
Read more

Lightroom, as we all should know by now, is a powerful tool that allows you to get the absolute most out of your raw...
Read more

AirAsia expands its network in the Southern PH with General Santos Manila, Philippines — If you are mulling to visit General Santos, the so-called “Tuna...
Read more

Take $450 off a Sigma Art Lens Today Only

Sigma's Art series of lenses is generally lauded for its excellent optical quality at prices that are often substantially below equivalent lenses from first...
Read more

The Benefits of Red Light Therapy, Plus Why I’m Obsessed With Red Light Bulbs

Turn on your JavaScript to view content Recently I got REAL into red light therapy. It all started when we had the founders of Joovv...
Read more

'The Bachelor' Roasted for Hilariously Bad Attempt to Photoshop Bikinis

ABC is catching some criticism after a recent episode of their popular program "The Bachelor" featured a scene in which retouchers attempted to extend...
Read more

How to Take Better Photos of Food With Your Smartphone

Try as you might, you will end up taking a picture of food at some point, so you may as well get it right. Generally, I don't...
Read more

PolarPro—maker of high-quality filters for full-sized cameras and drones—has just launched the LiteChaser Pro: a filter system for all three iPhone 11 models that...
Read more

The Importance and Benefits of Starting a Project

Whether it's a personal project, long-term project, doing spec work, or on assignment, projects are a great way to expand your photographic abilities. It helps you...
Read more